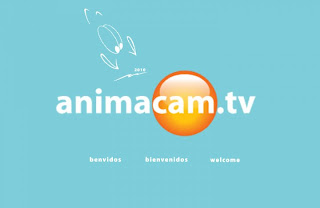 The Themes of the films were varied and plural: social denunciation against war, repression, violence and racism, the fears, phobias and personal affairs, the familiar and couples relationships, etc. This year, the satirical and burlesque sense of humour had strong presence, annoyed by the current crisis and its own human social dramas of everyday life. It is also remarkable the large number of projects that express their message through visual poems, seeking to give the image the highest artistic expression.

The Authors of the animations come from a wide and diverse range of ages and backgrounds: from young animators, through global industry professionals (like BRB International, creator of the cartoon landmarks as David The Gnome or Sandokan), to veterans in Central America (Joaquin Carrasquilla from Panama) and Europe (the Italian Federico Anastasi). Among many other remarkable works, this year we have the nominated for an Oscar in 2010 and awarded with the Spanish Goya in 2009 "The lady and the reaper" –produced by Antonio Banderas-, and the documentary made by the Divulgare Group from the University of Vigo, titled "The importance of lizards in island systems” (Science Oscar Award by the magazine The Scientist), based on a study of the National Park of the Atlantic Islands in northwest of Spain.

At the same time, the Festival received the participation of students from prestigious animation training schools in Europe (such as Gobelins the Ecole de Image of France) and America (like Vancouver Film School in Canada).

This Year, there was released in the Official Section, Cartoons Made by Children. Such is the case of PDA (Little Animated Doodles) a Catalonian initiative which takes part around the world to make animated films with children between 8 and 12 years old. From the United Kingdom, the Festival also received two films made by children coursing 4th of Primary, directed by the animator David Bunting, and from Galicia (Spain), students in 4th of Secundary from the Pino Manso High School in O Porriño (Pontevedra), developed in traditional 2D short film, which it is in post-production process, and it was led by the mentor Carlos Lago, Professor of Plastic Education.

The Presence of Women Animators, this third year, was very striking: whereas in 2008 (the date of the 1st Edition) women's representation was limited to five animators, in this third we had more than fifty authors showing their works, with outstanding women animators such as the French Monique Renault or the Spanish María Lorenzo, and new animation talents such it is the case of Maryam and Azadeh Khalilzade Moezzi, from Iran.
Ourense - Spain, 24th of October of 2010

Thank you very much for your support!