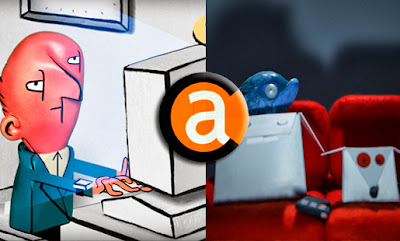 The Canadian film Second Hand of Isaac King and The Box of Dadomani Studio, won the Audience Awards for Best Screenplay and Visual Effects respectively.

Forty-two animated films from 22 countries - awarded in festivals around the world and finalists at the International Festival ANIMACAM 2012 - were screened at the "1st International Animation Festival Marathon Animacam V Edition " held in San Xoán de Rio, Ourense, from the 15th to the 18th of August.

The audience - about 300 people of all ages who moved to the town of Ourense - exercised their right to vote after the films screenings, in order to confer the Summer Solstice Awards for Best Screenplay and Best Visual Effects to movies participating in the Marathon .

Thus, the Canadian film Second Hand of Isaac King, selected by the public as best screenplay and the Italian one of Dadomani Studio, The Box, as best visuals, completed a list of winners along with the German film Rising Hope, directed by Milen Vitanov and honored as best film, as well as Zeinek Gehiago Iraun of Gregorio Muro, which exalted the Basque filmmaker as best director . 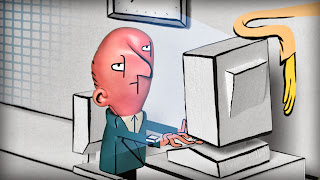 In this way , the Canadian Isaac King was awarded for best screenplay, with a film that represents the maelstrom of the current urbanite life and in which an exacerbated daily dynamic determines the fleeting of the materials , turning them into throwaway goods.

With Second Hand, King offers a subtle but also a fierce criticism to the perishable lifestyle, contrasting this with a focus on recycling and natural respect and integration .

Through an accurate and mixed techniques of animation - made up with Stop motion through cut-out , drawing 2D and 3D dyes - Isaac King always faces the eternal dilemma of the controversial contemporary human integration  with the ecological and natural environment .

With this new prize the Canadian film completes an enviable record,  with more than 11 awards given by the most important judges of the genre in countries like France , Croatia , New Zealand , United States , Portugal , Mexico , Italy , Spain and Japan . 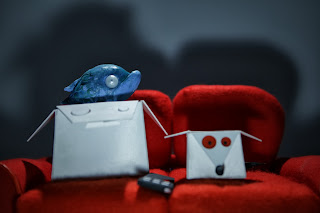 Meanwhile, the award for Best Visual Effects went to the Italian production The Box, directed  by   Dadomani Studio.

Through refined techniques of Stop motion of play dough and fluidity, the animators of Dadomani bring us into the magic world of a box that faces its worst nightmares, in a curious and fun bet.

With the background of the coercive power of the television over the human psyche , the film draws a fine line between reality and fiction, and  makes a psychopathic analysis of the influence of broadcasts on individual human behavior.

With a participation in more than 30 prestigious international festivals and important awards achieved, The Box  completes one of the best winner list of the history of the International Festival of Animation Animacam , and which this year has also gathered films nominated to Oscar and Goya Awards (2012 and 2013), as well as the most prized at reputed International Festivals in recent years.

All in all, an unforgettable 5th Edition of Animacam closes with the firm conviction to continue reaching out the animated world through this vibrant " small - large window " .

Thanking directors, producers, distributors, sponsors and the general public  for their company one more year; from Animacan  we open a window for future editions to keep on animating the world through this great community.

Know all finalist in The Online Category - Animacam 2012

Know all finalist in The Offline Category - Animacam 2012

Know the Winners in all Editions