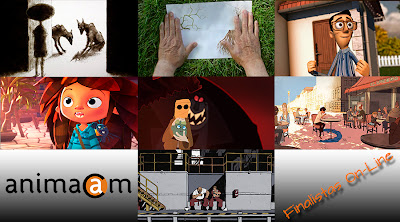 Seven major works of French animation schools compete for the best director award in the Online category. In addition, the Online finalists are automatically finalists of the Offline category too, and compete for the prize for best film among the projections that will be screened at the Museum of Contemporary Art Gas Natural Fenosa, in A Coruña, from the 4th to the 9th of February, 2013.

To start with the presentations, we would like to present  the work of Bellecour 3D, that after having chosen Animacam 2012 for the world premiere of its creations, takes part in the Festival with "Destiny" and "Mosterbox". 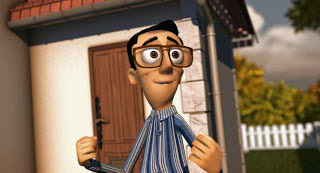 "Destiny", made out of an exceptional 3D technique by the team of Fabien Weibel, Sandrine Wurster, Victor Debatisse and Manuel Alligné, tells us about a particular way of viewing the time.

The group of students of Bellecour has achieved a brilliant suspense narration, of complex time and multiple realities.

A kind of post-modernism in the same drama. A simple and complex graphic detailing the middle class coming to terms with time, death and reality. 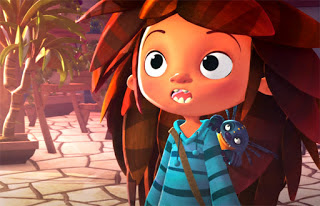 With a clear influence that reminds us of Pixar, the Bellecour team presents a story with bright colors accompanied by funny and tender moments, in which a carpenter receives the visit of a little girl who wants a house for a monster that has found. Shortly after leaving, the girl is back and so begins a great adventure.

Get into "Monsterbox"  and vote for it 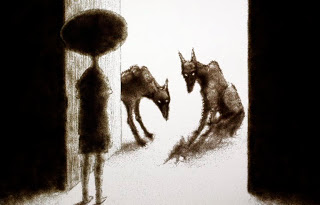 With "Luna Llena", the director Duchaussoy Gervaise drives us to the eternal conflict between life and death.

Through a refined technique of animated design and accompanied by an exceptional musical atmosphere -thanks to the compositions of Manuel de Falla and  Vincent Wavelet -, "Luna Llena" is an exceptional film based on a world of tradition and superstition in which the presence of the death is always palpable.

Get into "Luna Llena" and vote for it 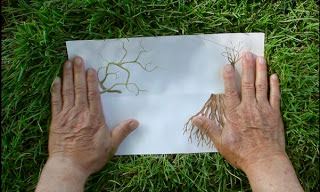 With "Le temps de l'arbre", we have the pleasure of enjoying of one of the greenest side of Animacam 2012. Its director, Dahee Jeong, after having observed the life cycle of a tree, he realized how different this is from human life and, therefore, his film is a collection of stories inspired by various vital states.

With a mix of traditional animation (drawing) and a subtle touch of pixilation, Jeong presents a work that invites us to a profound reflection.

And thus we go with the last school of animation, the world-renowned Gobelins, which has no more and no less than three animated works that have achieved a considerable international success. 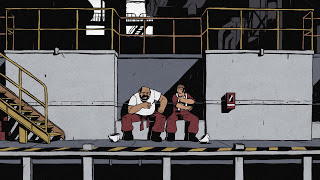 To start with Gobelins´ presentations, let me tell you about "Les chiens isolés", a prosaic film considered by many and unusual creation of this school, which works are often exuberant or even frantic, full of vivid colors and thrilling stories.

As we were saying, this story could be perfectly off-beat in what we could consider a typical "Gobelins theme"; the descent into paranoid madness of one of the crew of an oil rig is observed and shown from an almost casual vision of a coworker.

Distancing ourselves from anything proposed before by Gobelins, this great creation directed and produced by Rémi Bastie, Nicolas Deghani, Jonathan Djob-Nkondo, Paul LaColley, Nicolas Pegon, Jérémy Pires and Kevin Manach has been made with an excellent 2D and could be almost considered a work of art. In turn, the Gobelins team leaves aside any cheerful color of the palette to create a potential drama, full of claustrophobic feelings.

Get into "Les chiens isolés" and vote for it 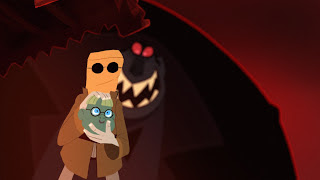 The following work, "Who's Afraid of Mr Greedy", is considered one of the greatest jewels of Gobelins in recent years.

This Grade thesis of Simon Boucachard, Jean Baptiste Cumont, Sylvain Fabre, Guillaume Fesquet, Adeline Grange, Maxime Mary and Julien Rossir, goes into a surrealist world to tell us an absurd story, peppered with black humor, in which a man tries to recover his stolen identity by an ogre when he was a child.

If you enjoy good animation, don't miss "Who's affraid of Mr Greedy". 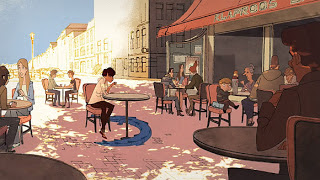 And to end with the presentation, there is no better way than with the feminine touch of a sweet and psychologically relevant film about shyness, "In Between".

Directed and produced by Alice Bissonnet, Aloyse Desoubries Binet, Sandrine Han Jin Kuang, Juliette Laurent and Sophie Markatatos, "In Between" tells us the story of a young girl who is being chased by a crocodile that represents her shyness. She tries to get rid of it by all means.

The film shines with ingenuity and is a well orchestrated work of lights and shadows, with a crocodile equipped with full plasticity. The music of playful atmosphere, expressed through the jazz  of Laurent Courbier , gives to "In-Between" the lightness of a feather.

Get into "In Between" and vote for it 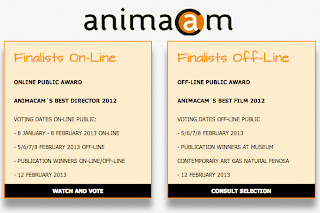 Once the presentations have concluded, we would like to remind you that you could vote for your "Best Director" by registering at Animacam 2012 website and valuing the films on a scale from 1 to 5 stars.