WINNERS OF THE THIRD EDITION 2010 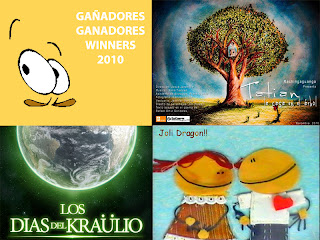 The audience from 106 countries, Jury of the Festival through their vote Online,
with 500.000 visits registered,
decided that the Winners of the Three Categories,
sponsored with €2000 each one by the Entity Xacobeo S.A.,
were for films coming from Colombia and Spain